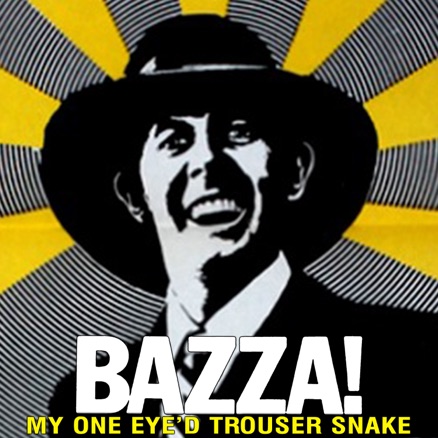 Watch out for the One Eyed Trouser Snake as you sing along with us!

Check this out, entertainment legend Barry Crocker‘s got a classic for all you Aussie fans out there! “One Eyed Trouser Snake” is a hilarious vintage track that many a golden oldie Australian will know. Good news for you fans – that up there is a new single re-release of the classic tune on Spotify! Finally you can say “I own Barry Crocker’s single One Eyed Trouser Snake!”

But that’s not all he’s brought to us. Oh no no! He’s also released his classic from back in the Skippy days – “Sing Along With Us (Tra La La La)”

This single re-release, in the same vein as Trouser Snake, is sure to bring you back to the golden days of Australian entertainment. If your nostalgia needs a little helping along, here’s an assist courtesy of everyone’s favourite kangaroo!

Barry Crocker has good cause to be nostalgia-fuel in the hearts of Australians. He’s an entertainment legend, who had the influence to kickstart the Fosters brand, simply by drinking it in the Barry McKenzie movie!

But say that’s still not enough to sate your appetite for the good old days, we still have you covered! Just check out the rest of Bazza’s Spotify! Until next time, keep the crisp memories of yesteryear in your mind, and know that we can all be good neighbours and good friends in our recollection. We’ll be seeing Barry’s work in our rose-tinted glasses once again very soon!