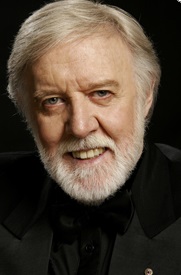 Regarded as one of the ‘greats’ of the Australian entertainment industry, Barry Crocker has fostered a very well respected and impressive career spanning over several decades. Born in the suburbs of Geelong, Victoria, Barry has achieved what many aspiring entertainers have only dreamt of accomplishing. With a career encompassing an extensive recording history, countless television appearances in Australia, the UK and America, as well as numerous national and international concert performances, Barry’s immense talents as an engaging singer, comic, impressionist and dramatic actor have continuously captivated and wowed audiences across the globe.

Honored with the prestigious ‘Order of Australia’ award in 1987 for his dedicated services to charity and to the Australian entertainment industry, Barry has also been celebrated by the community with a Gold Logie in 1969 for being the ‘Most Popular TV Personality’, three Logies for having the ‘Best Variety Show’, two ‘Entertainer of the Year’ Awards, four ‘Mo’ Awards, one ‘Sammy’, a ‘Penguin’ and a whopping thirty-three Gold Records. 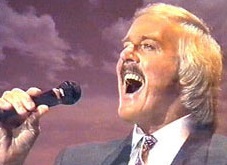 His many concert performances comprise a dynamic four-week season at the famous MGM Grand Hotel in Las Vegas; Lake Tahoe’s The Sahara Hotel; The Village Barn and The Bonsoir in New York and London’s Talk of the Town and Palace Theatre; his valued contribution and participation in a concert for UNICEF at the New York UN Headquarters alongside the illustrious Dame Sutherland and Richard Bonynge and directed by Sir Robert Helpmann and three live appearances across America from Las Vegas in Jerry Lewis Telethon’s with the likes of legendaries Frank Sinatra, Tony Bennett, Dean Martin etc.

Barry’s extensive television projects include the ‘Barry Crocker Show’ which was on Network Ten for two years; hosting ‘Barry Crocker’s Sound of Music’ for two years on the Nine Network; an esteemed collaborator on Britain’s ‘Saturday Variety’; hosting two Eurovision television specials for BBC Television; a guest star appearance on Britain’s ‘Harry Secombe Show’ and ‘Stars on Sunday’; and a joyous six year hosting gig on ‘Carols in the Domain’ with the Seven Network. 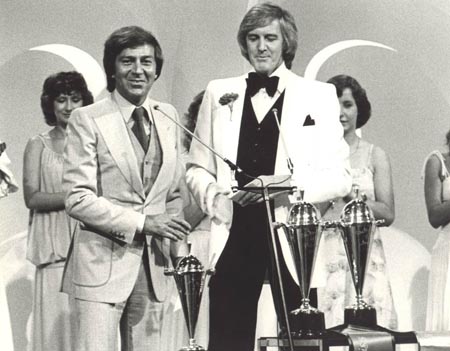 Adding to his already extensive list of achievements and acknowledgements, Barry has had lead roles in numerous live theatre and cabaret productions, as well as the starring role in two of Australia’s groundbreaking cinema icons, ‘The Adventures of Barry McKenzie’ and ‘Barry McKenzie Holds His Own’.

Barry’s acclaimed theatre performances include the leading role as Jerry Ryan in America’s ‘See Saw’ alongside Michelle Lee and Tommy Tune; the male lead in ‘Scapino’ (JC Williams); lead role in ‘Mother’s Day (Social Security)’ with June Salter and Katy Manning; Australian tour, one man show tribute to Banjo Paterson ‘Barry Crocker’s Banjo’; the role of Frank in ‘Educating Rita’ with Katy Manning; the ‘narrator’ in the ‘Rocky Horror Show’ in Sydney’s Star City and in 2004 starred in the new Australian musical ‘Eureka’.

Barry also had the special honour of being the first person to host a national television show from the Sydney Opera House in 1973 before its’ official opening by Queen Elizabeth, as well as the first to sing the Australian National Anthem on Australian TV during the 1977 AFL Grand Final game. 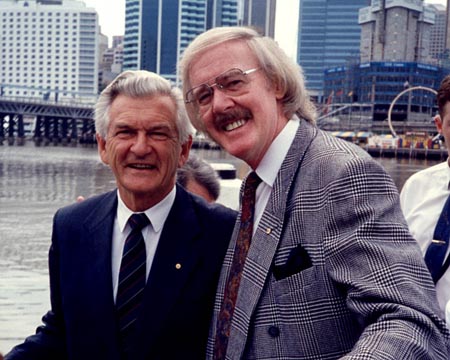 It is almost impossible to fully document all of Barry’s career achievements, but the condensed history is truly impressive, accentuating his superb talents. What it cannot do is demonstrate the quality and professionalism of Barry’s live performance on stage, something that has to be experienced, savoured and cherished.

This recognition from the public and his peers is richly deserved.

Barry Crocker has enjoyed success throughout an outstanding career, richly deserving the great reviews that follow in his wake. The bible of the American entertainment industry, ‘Variety’, summed him up when reviewing both his singing and television appearances, as ‘Another Hot Australian Export.’

Barry Crocker is a Blue Pie artist and is available at all leading digital retailers on the planet.